There are 62 ethno-linguistic groups covering five distinct language families in Thailand. According to the 2000 Census, 97% of the population speak Thai as one of their primary languages used at home. Many people in border districts are likely to speak languages other than Thai, including Burmese, Karen, and Malay. Thai sign language is used in Thailand. The maps, documents, and datasets below provide information about languages spoken throughout the country. 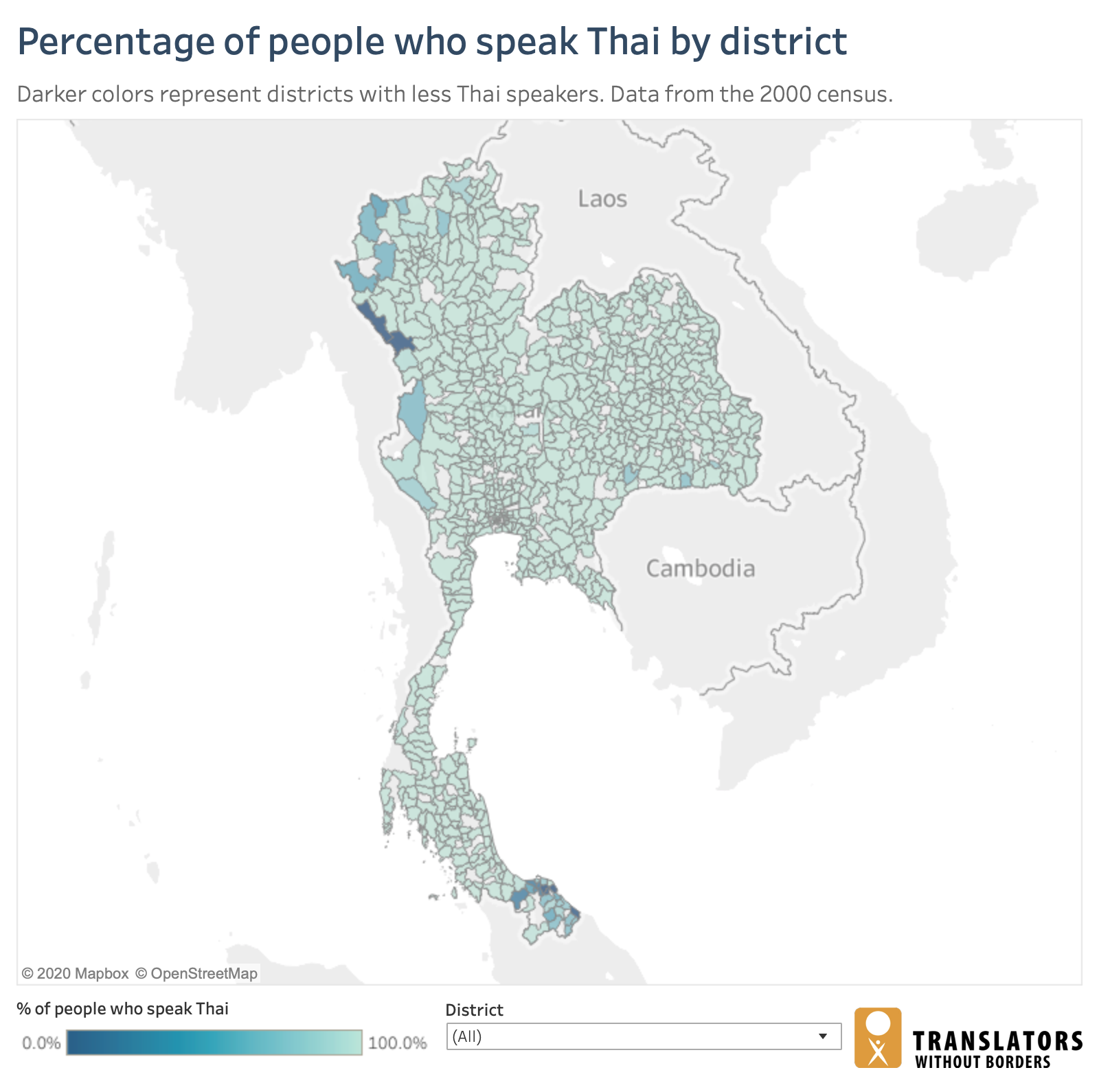 Language data allows humanitarian organizations to better understand the languages people speak and understand, leading to better programming and accountability. These data and maps were primarily supported by the H2H Fund, a funding mechanisms for H2H Network members. The fund is a rapid funding vehicle for network members responding to humanitarian crises.

For more information, read about the project on our blog or contact info@translatorswithoutborders.org.

Tools
Why we need to collect data on the languages of crisis-affected people (PDF)
Rapid Guide to Localizing and Translating Survey Tools (EN, FR, PT) 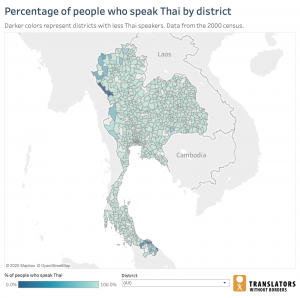