The Nicaraguan Census survey accounted for all people who spoke an Indigenous language, making no difference between first, second or third language speakers. The total number of speakers represented here does not account for the actual number of primary or exclusive speakers of Indigenous languages. The wording of questions asked in the census makes it impossible to verify whether any sections of the population are monolingual in languages other than Spanish. 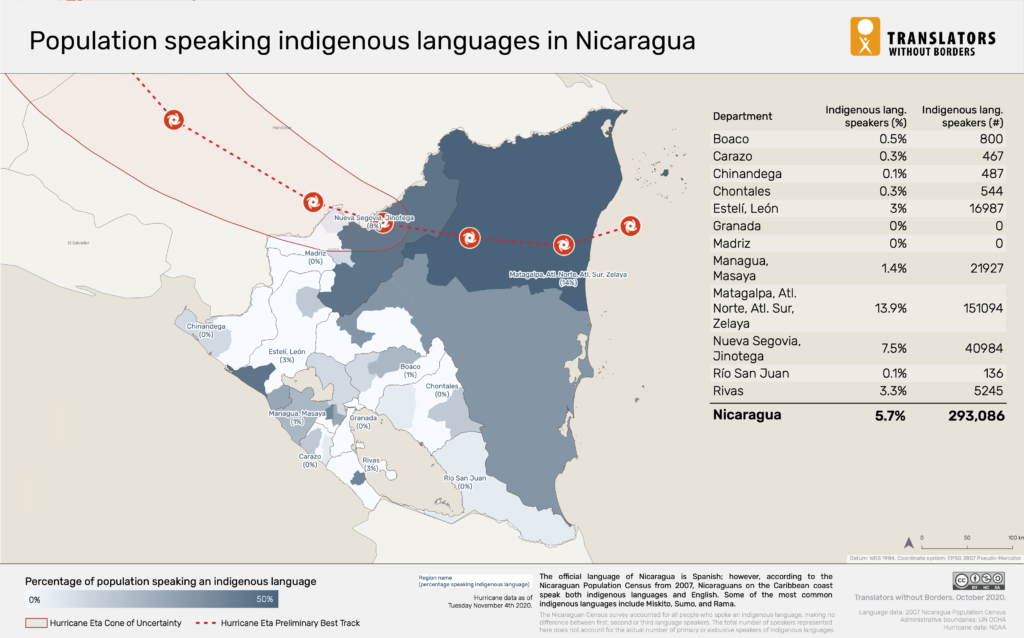 Language data allows humanitarian organizations to better understand the languages people speak and understand, leading to better programming and accountability. These datasets and maps were primarily supported by the H2H Fund, a funding mechanism for H2H Network members. The fund is a rapid funding vehicle for network members responding to humanitarian crises.

Learn more about the project on our blog. 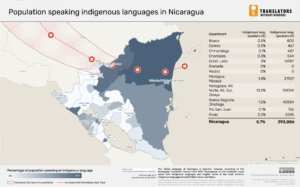 Static map highlighting the most common indigenous languages spoken in Nicaragua. Data is from the 2007 census. 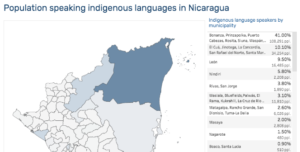 Interactive map showing the number of speakers and geographic spread of different indigenous languages in Nicaragua. Data is from the 2007 census.